'Is there a link between shortage of housing, homelessness and the welfare reform in the UK?', asks Ripon Ray.

'I made a claim for universal credit over 5 months ago. Nothing has come through yet. My landlord has just sent me a letter. I am in rent arrears.  Am I going to be homeless again?’

Joanna Smith is nine months pregnant. She is living in temporary accommodation in Hackney, London, having been placed there by Westminster Council.   Housing benefit is not going to cover her rent in Westminster.  Her situation made me think about the state of the housing crisis, the underlying causes of such a crisis and its link with welfare reform.

In 1976 there were over 5 million local authority tenancies on social rent. Social renters on overage pay 50% of the market rate. In 2017 the number of council housing stock dwindled to just over a million. In 1980, former Prime Minister, Margaret Thatcher, introduced the Right to Buy Scheme which would change the way we view our homes. The Housing Act 1980 implemented the policy.  It offered sitting tenants the right to purchase their homes on a discounted rate - roughly by 50%.   This proposal removed a considerable number of homes from public ownership. According to Hansard in Parliament:

‘No single piece of legislation has enabled the transfer of so much capital wealth from the state to the people.’

Around the same time, local authority properties were transferred to private registered providers of social housing. A new type of social housing providers began to play a major role in supplying, building and maintaining accommodation with affordable rent. These renters pay 80% of the market rate. Many of these providers were housing associations.  In 1980 they managed only 1% of the total housing stock. By 2017 they managed over 2.4 million homes. Whilst private tenancies have risen to 28% of the adult population in 2018.

Inevitably for a low income benefit household, getting into private accommodation is looking ever more bleak. The House of Commons Briefing Paper explained some of these reasons:

After the financial crisis, as part of the austerity measures, the previous government significantly reduced capital investment in new social housing. Total capital funding in England between 2011 and 2015 was set at £4.7 billion, compared with £9.3 billion before 2009 – a 63% real-terms reduction in average annual capital spending. The Spending Review 2013 planned to spend £3.2 billion, including proceeds from Right to Buy from 2015–18,  a further reduction in annual spending of 7% in real terms.

Since the crisis in 2009-10, a raft of welfare reforms were introduced that impacted renters: the bedroom tax, benefit cap and universal credit, plus the freeze on the Local Housing Allowance (which the current government has promised to lift in April 2020).

‘ …Local Housing Allowance reforms as a major driver of this association between loss of private tenancies and homelessness. These reforms have also demonstrably restricted lower income households’ access to the private rented sector. The number of Housing Benefit/Universal Credit claimants who are private tenants is now some 5 per cent lower than when the Local Housing Allowance reforms began in 2011, despite the continuing strong growth of the private rented sector overall.’

According to homeless charity, Crisis, between 2009-17 there has been a rise of homelessness application acceptance from 11% to 31% by local authorities.   Shelter, another homeless charity explained that:

‘Since 2010, housing benefit has not risen in line with rising private rents…this means that most private renters who need their income topped up by housing benefit will face a monthly shortfall between the actual cost of their rent and the support available.'

Since 2013, universal credit has been gradually rolled out in UK.  Peobody Trust, a national housing association, highlighted that 23% of universal credit claimants have arrears over £1500, while only 5% of Housing Benefit claimants have arrears over £1500.   The Ministry of Justice’s record shows that between January and March 2019, majority of all landlords bringing a claim for possession were council and housing associations.  They made up 63% of all the claims during this period. A number of housing associations explained that the rise in rent arrears caused by:

‘the difficulty many tenants had with 'direct payment' (that is, being responsible for paying their rent); tenants encountering an unexpected expense; 'accidental' underpayment, which involved tenants underpaying inadvertently; and, the delay between tenants' initial UC claim and their first payment.’

Joanna’s situation clearly resembles some of these problems linked with universal credit which forced her landlord to service her with a notice.   I personally feel it has made her situation worse, just as it has done for many benefit claimants for so many reasons. 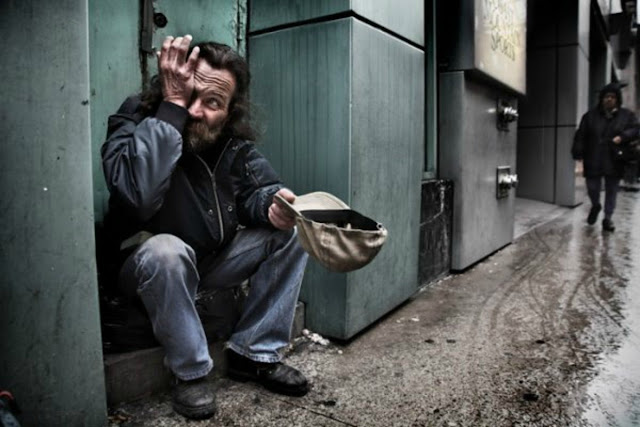